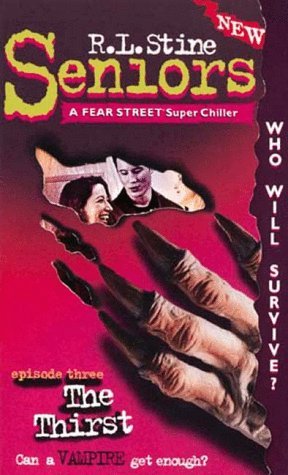 I have a complaint. No seniors died in the first two books.

One does die in this one, but if you check the people in the “yearbook pages” back at the beginning of book one, she’s not there. So they added people in to the yearbook pages in later books, just to cross them off. That’s cheating! I wanted deaths from among the characters I’d heard of, damn it.

Anyway. The central plot: In this book, people (one senior student, one teacher) are found dead with all their blood drained. Clearly the work of giant mosquitoes. Twins Dana (the cheerleader who dates Mickey Myers) and Deidre Palmer (who likes mysterious new guy Jon Milano) each get bitten, but not fatally, on a camping trip. If I lived in Shadyside I would literally never go camping or to lake parties.

Deidre also nearly falls into the bonfire (see what I mean about camping trips in Shadyside?), because a new redhead in town bumps into her. Deirdre’s okay, though, other than singed hair and clothes, because Jon puts out the flames on her arm. That’s not a euphemism for anything.

Deidre also tries out for basketball, where she once again crosses paths with newcomer Anita Black, a tall redhead who causes several “accidents” on the court. She says people are always telling her she should play basketball because of her height, so she “thought she’d give it a try,” then says she plays forward. Is that….actually something you’d know before you try out for the very first time, Anita? Suspicious. Then Anita is found dead, and drained of blood!

Stine-ian Twist: When Deidre and Dana go searching for Jon at the abandoned cabin in the woods where he likes to hang out, they find a coffin, and Anita springs out of it and attacks them. It’s really easy to fake your own death-by-exsanguination when you’re a vampire. Jon shows up in time to kill her, and she crumbles neatly into dust,, as one does.

Other Stine-ian Twist: Then Deirdre kills Jon as well, having worked out that he’s also a vampire.

Things to be learned from this book: If there are people being killed (and drained of their blood) in your school, and coincidentally two new students have enrolled, don’t trust them. DO NOT ACCEPT RIDES AT NIGHT FROM THEM. I don’t care how cool his car is. Also, don’t repeatedly walk home alone at night, and don’t go check out the rundown shack deep in the woods (ever, but especially not at night).

Deidre nodded okay. Jennifer hated discussing stuff like fate and strange, mysterious deaths. She guessed it was because her last name was Fear. (p. 23).

Or because she’s a normal person who gets creeped out by your morbid conversations? Just putting that out there. 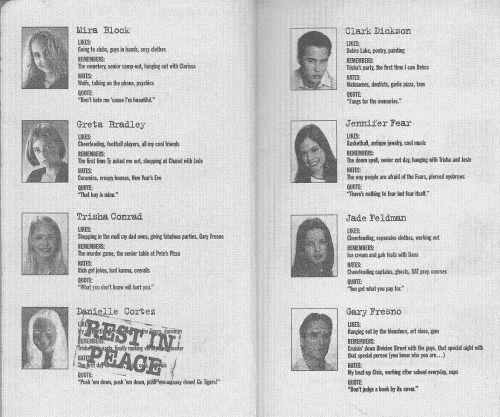 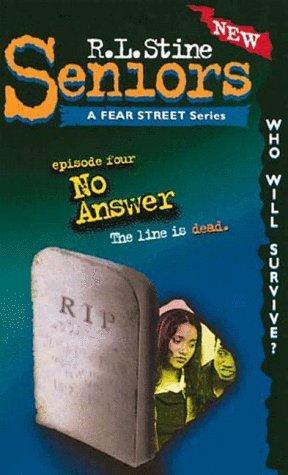 Okay, someone we’ve heard of right from book one gets killed! That’s more like it.

…that came out a little more bloodthirsty than I intended. But, you know, the premise going in was that the entire senior year crowd are doomed, so the stakes are only high if the characters with actual page time are at risk.

It’s a slight fake-out, though, because it’s a character we’re given some reason to dislike: Debra Lake, who’s been cheating on her boyfriend Josh Maxwell since book one. Look, usually I wouldn’t care about highschoolers “cheating;” you’re kids, guys, you don’t have to know who you’ll commit to forever at this point. But it’s kind of cruel to not let the person you’re dumping know you’ve moved on, and then yell at him when he “spies on you” in the course of trying to find out where you are and why you’ve stood him up. It’s not like she broke up with him and then he followed her around.

So, yeah, Josh was the main character in the first book, which buys him some affection, and Debra’s kind of a jerk. She’s even more of a jerk in No Answer, actually:

Debra was always saying that you couldn’t trust someone who’s been behind the bleachers with practically every guy in the school. (p. 8)

I’m side-eyeing Stine on this one, actually, because it turns out that there is good reason not to trust Mira: she’s a murderer. But Debra doesn’t know that. Having Mira turn out to be the psycho killer (and having it be because of a guy, ugh) felt uncomfortably as though the narrative was confirming Debra’s bitchery as correct.

But I’m getting ahead of myself.

The Plot: Clarissa Turner’s older sister, Justine, died last year when she was a senior, and Clarissa’s been at “the clinic” recovering from having been the one to find her body. Now she’s home, and is a senior herself (Shadyside’s graduation rate must be grim, not even counting this “doomed” year).

Her parents are going through with their planned adoption of a troubled five-year-old boy who witnessed the murders of both his parents. That should…cheer everybody up? I don’t know, in a town like Shadyside I guess there are a lot of orphans with horrible backstories.

Clarissa is glad to be back at school with her friends, Debra and Mira, who hate each other. The other bright spot in her life is her first-ever boyfriend, Will, who emails back and forth with Mira constantly. Will and Clarissa met shortly after her sister’s funeral; unbeknownst to Clarissa he actually saw her for the first time at the funeral. Romantic.

Clarissa moves into Justine’s old room, which I can understand. Then she sees her sister’s ghost looking for something, and the something turns out to be the phone number of a psychic. When Clarissa calls the number Justine answers, using her nickname for Clarissa (“Moon Girl”) because Justine was into nicknames in a big way. “Justine” (really it’s the psychic channeling her, of course) says she was murdered. Someone pushed her down the stairs, only she didn’t see who, and the killer isn’t done yet: Clarissa and her friends are still in danger.

Clarissa eventually finds her sister’s diary and a knife, hidden under the floorboards, and learns her sister has a secret nightlife involving nightclubs and a creepy, clingy guy she called Slash. Charming. The rest of the book is basically Clarissa trying to find out who Slash is, because she thinks that if he was obsessed with Justine he might have killed her after being dumped. She has two methods of communication with Justine: the phone in Justine’s room, and Aaron, her new adopted brother, who for some reason can channel Justine as well.

Will tells Debra something, and she’s on the phone with Clarissa to pass this information on, but someone shows up in her room and kills her first. That same someone steals the phone and takes Aaron out on the lake, planning to drown him.

Stine-ian Twist: Slash is Will. He saw Clarissa at Justine’s funeral, was struck by how much she looked liked her sister, and resolved to start dating her. Ick. But then he loved her for herself, even more than he’d loved Justine. Wow. Okay, dude. If this one dies are you going to hit on their mom, or move on to the adopted brother?

Stine-ian Other Twist: Slash-Will isn’t the killer! It’s actually Mira, who killed Justine because she’s loved Will and wanted him for herself all along. Then she killed Debra for finding out that Will was Slash, which makes no particular sense to me, but okay. Then she goes after Aaron so Justine won’t be able to contact Clarissa and tell her what happened.

Callbacks: Josie is still working at Pete’s Pizza, although she keeps dropping food on customers, so I’m not expecting that to last. Debra is still dating Clarkula.

Things to be learned from this book: If you’re on the phone and someone whom you suspect is a murderer walks into your room, say their full name immediately, clearly, so the person you’re on the phone with knows who killed you. Don’t do what Debra does: 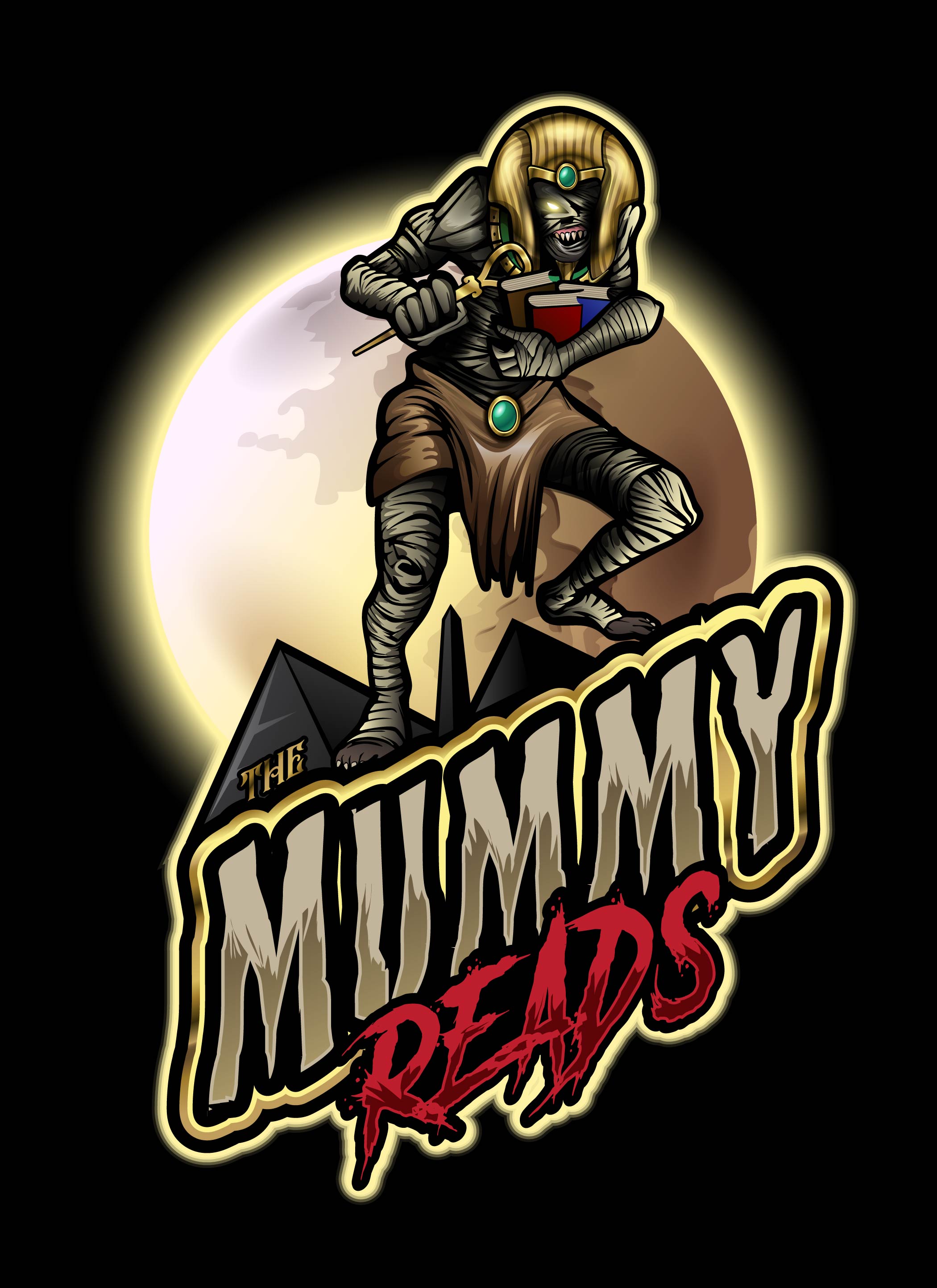